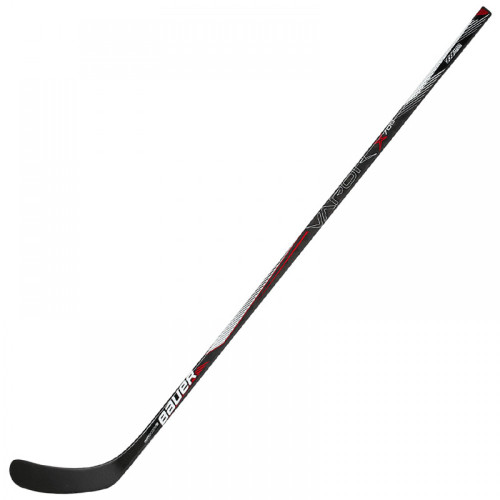 The shaft of the X700 Junior is comprised of a Visible Carbon Basket Weave, consisting of Premium Carbon Composite (the same kind you would find on a high end bike frame) along with fiberglass and features a traditional, proven, fused construction. The Micro Feel II shaft profile has rounded corners and double-concave walls which allow the shaft to fit comfortably into your hands, resulting in easier puck handling and superior control. The X700 Junior is available in Bauer’s Griptac finish for added traction and control.

The X700 features Bauer's Dual Density core blade core that is wrapped in 3k carbon composite for high-end performance and feel. Additionally, this entire Vapor line includes Bauer's Pure Shot Blade Profile which is that visible expanded throat design that reduces the amount of blade twisting or opening while shooting.

If you’re looking for a lightning fast release at a great price point, the Vapor X700 stick from Bauer is one of our top picks.